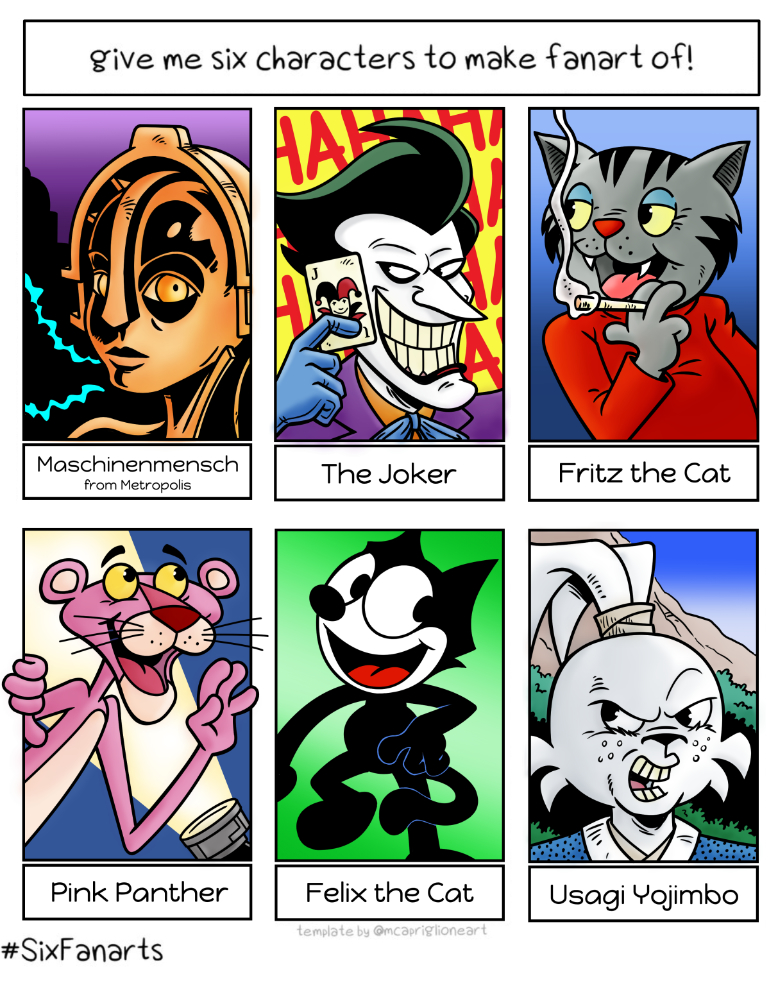 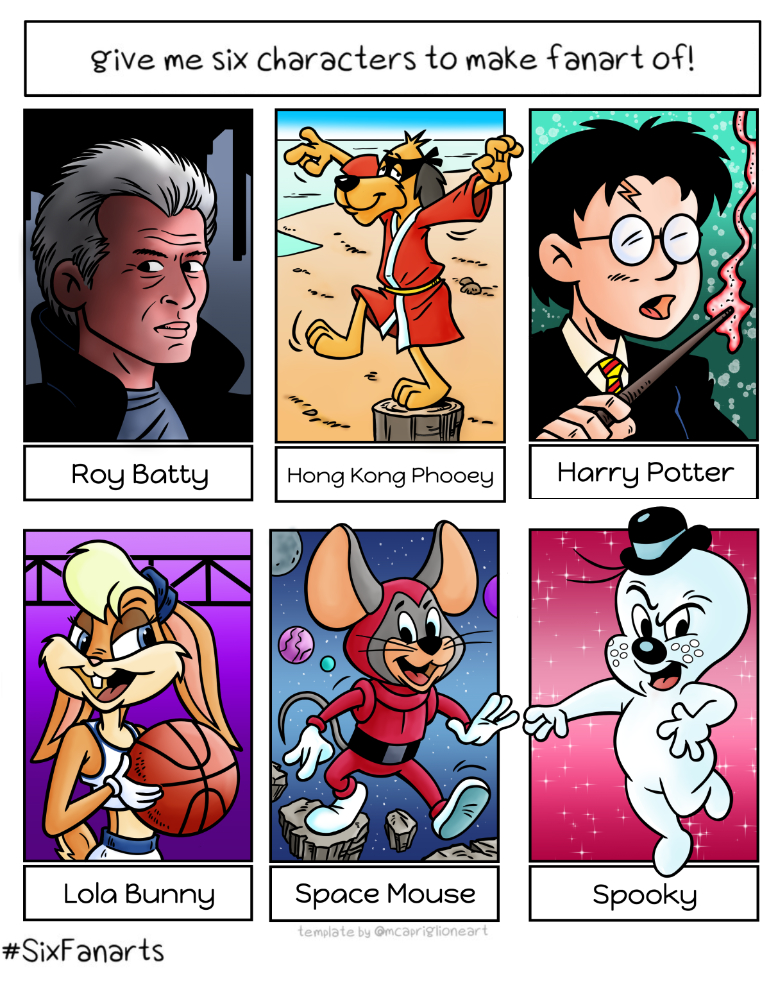 My two sets of drawings for the Six Fan Arts challenge set by mcapriglioneart over on twitter.

The idea was to ask your followers to suggest characters to draw.

From those suggestions I decided to draw characters that I hadn’t previously been commissioned to draw: