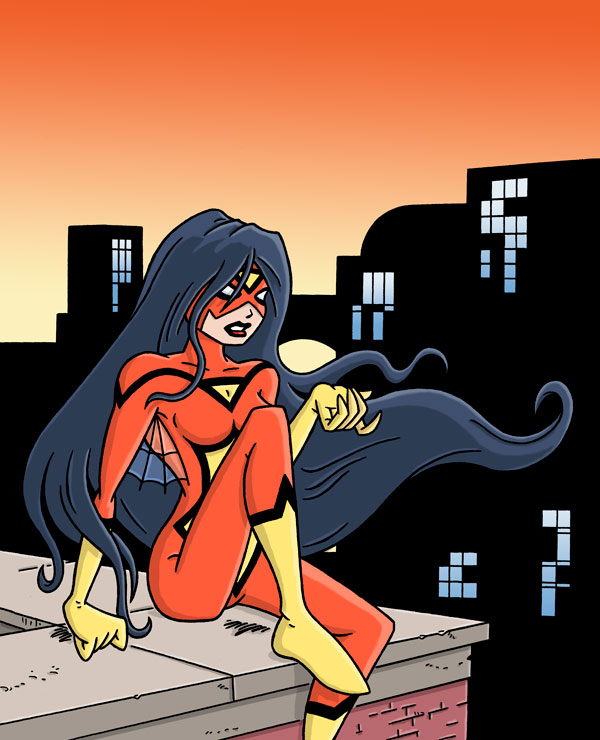 The character was, according to Marvel Comics’ then-publisher Stan Lee, created for the sole purpose of copyrighting the Spider-Woman name.

The comic, Witten by Archie Goodwin, with art by Sal Buscema and Jim Mooney proved popular enough to justify an ongoing series which lasted for fifty issues.

Since then there have been a number of other Spider-Woman series from Marvel, with more than one character using the name as a secret identity.

Return to Art
or see more like this in
Illustration