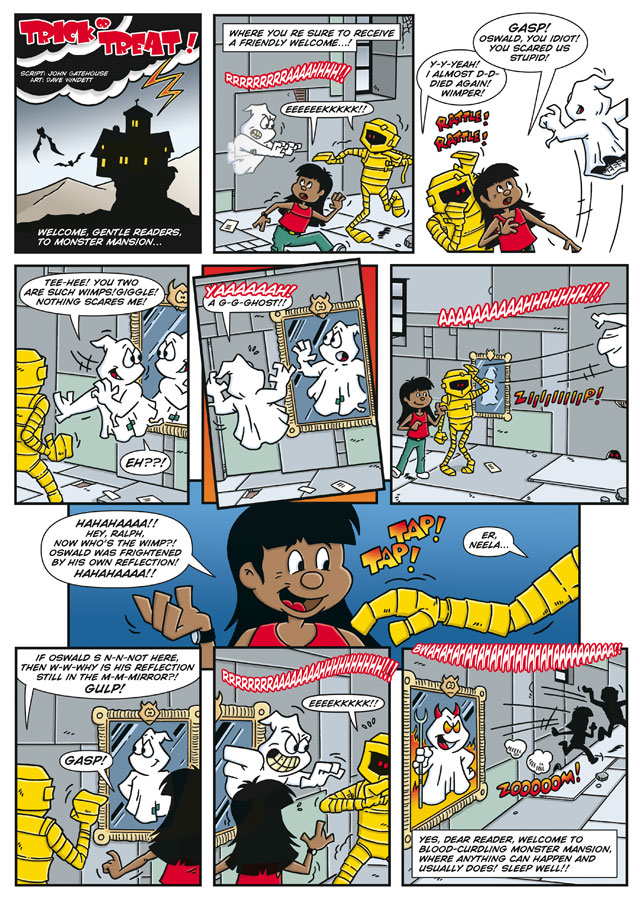 The Trick or Treat characters have existed in a number of forms over the years, appearing in several different comics and a book.

This comic strip version was developed with writer John Gatehouse before Dave and John reworked them for the current Trick or Treat book.