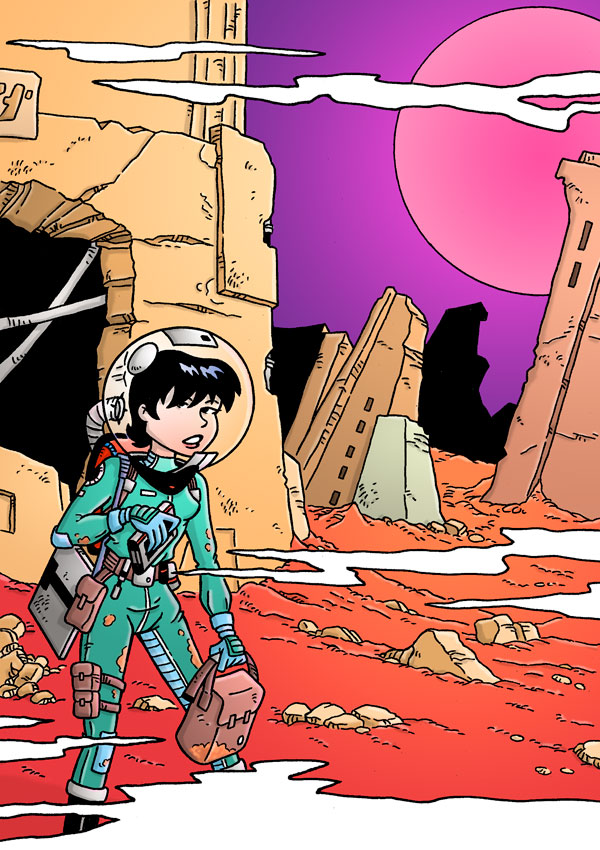 Illustration of Martha Dane, the lead character from one of Dave’s favourite Science Fiction novellas, Omnilingual by H. Beam Piper.

The story which first appeared in the February 1957 issue of Astounding Science Fiction, is the tale of a joint military and academic expedition to Mars. It centres around Martha’s attempt to decipher the Martian language, despite the skepticism and/or hostility of her archaeological colleagues.

Copyright on the story has lapsed and so it is freely available.