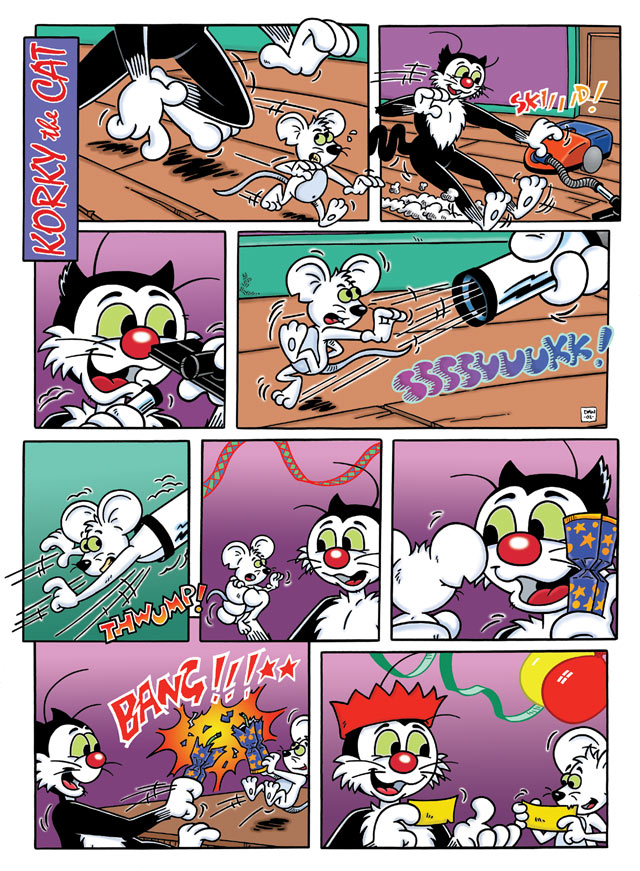 Dave had a long run as the regular artist on Korky the cat in The Dandy.

Korky first appeared in The Dandy #1 – December 4 1937, beating Superman into print by six months. Although The Dandy ceased publication in 2012 it survives in the form of annuals and occasional summer specials.

Korky has had many different appearances in his 82 year history (that’s 574 in cat years).

For his run on the strip, Dave was asked to design a clean modern look for him while retaining a classic feel.

For this strip, from Christmas 2002, Dave was asked to design a new mouse as a friend for Korky. Squeak the mouse would go on to be a regular supporting cast member as would a number of other characters Dave designed.

Korky the Cat on Wikipedia

Return to Art
or see more like this in
Comics